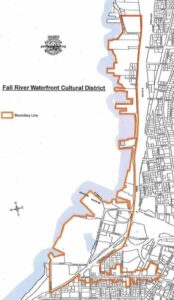 Established in 2011 through an act of legislature, the Mass Cultural Council administers Cultural Districts on behalf of the Commonwealth. This initiative enables state-designated Cultural Districts to drive economic growth, strengthen the influence of distinctive local character, and improve the quality of life across Massachusetts in our communities.

Location/Boundaries: Starting at the northern property line of Commonwealth Landing and Remington Street heading south along the edge of the waterfront to Ferry St. Ramp, then south on Almond St. to Broadway Ext., then NE on Broadway Ext. to Columbia St. , then all abutting properties along Columbia St heading West to South Main. Then back along Columbia St. to Ferry St., then North along Broadway Ext. to Davol St., then North on Davol St. to the northern property line of the Commonwealth Landing, then West to the point of beginning. 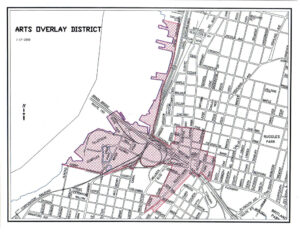 Originally established in 2008, and expanded in 2010, the Fall River Arts Overlay District (AOD) is intended to create a core of arts, cultural, and residential activities. This district promotes the expansion
of art and culture in Fall River. The AOD district permits high-density residential development and allows a subset of institutional and commercial uses. Notably, it is the only district which
permits bars by-right. Arts uses like art schools, dance and photography studios, carpentry shops, visual and performing arts spaces are permitted in this area.

Purpose:
> To promote the expansion of art and culture within the community.
> To enhance the environment and improve site opportunities for fine arts uses within the AOD.
> To enhance vitality in the central business district – downtown – waterfront areas by fostering a mix of uses through establishing and increasing downtown housing opportunities and fostering arts-related development and activities. This district is intended to create a core of arts, cultural, and residential activities; encourage greater pedestrian activity as part of entertainment and residential uses, mixed with traditional retail and business activities; encourage economic revitalization; nurture artistic contributions to the City and region; and reduce crime in streets by remaining active for longer hours with shops and restaurants serving increased numbers of area residents and patrons. 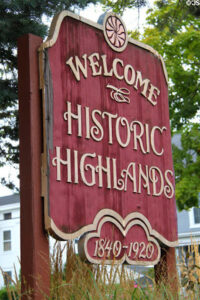 The Highlands Historic District was added to the National Register of Historic Places in 1983. It encompasses over 1,400 acres and contains over 300 structures. 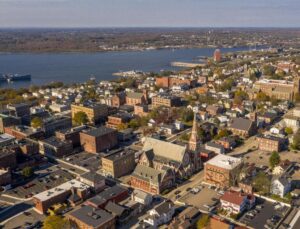 The Lower Highlands Historic District encompasses one of the oldest residential areas of Fall River. This area was settled by 1810, has architecture tracing the city’s growth as a major industrial center. The historic district was added to the National Register of Historic Places in 1984.[1]

Location: The district is roughly bounded by Cherry, Main, Winter, and Bank Streets, and is located just east of the Downtown Fall River Historic District and directly south of the Highlands Historic District. 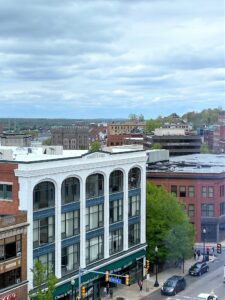 The district was added to the National Register of Historic Places in 1983.  This area was greatly impacted by the Great Fire of 1928, which destroyed many buildings located in what is now the historic district.[2] As a result, many of the buildings date from about 1928 or 1929, having been rebuilt shortly after the fire. The area was also greatly impacted in the 1960s with the construction of Interstate-195 through the center of downtown, which resulted in the demolition of the Old City Hall, the Second Granite Block and several other 19th century commercial blocks. 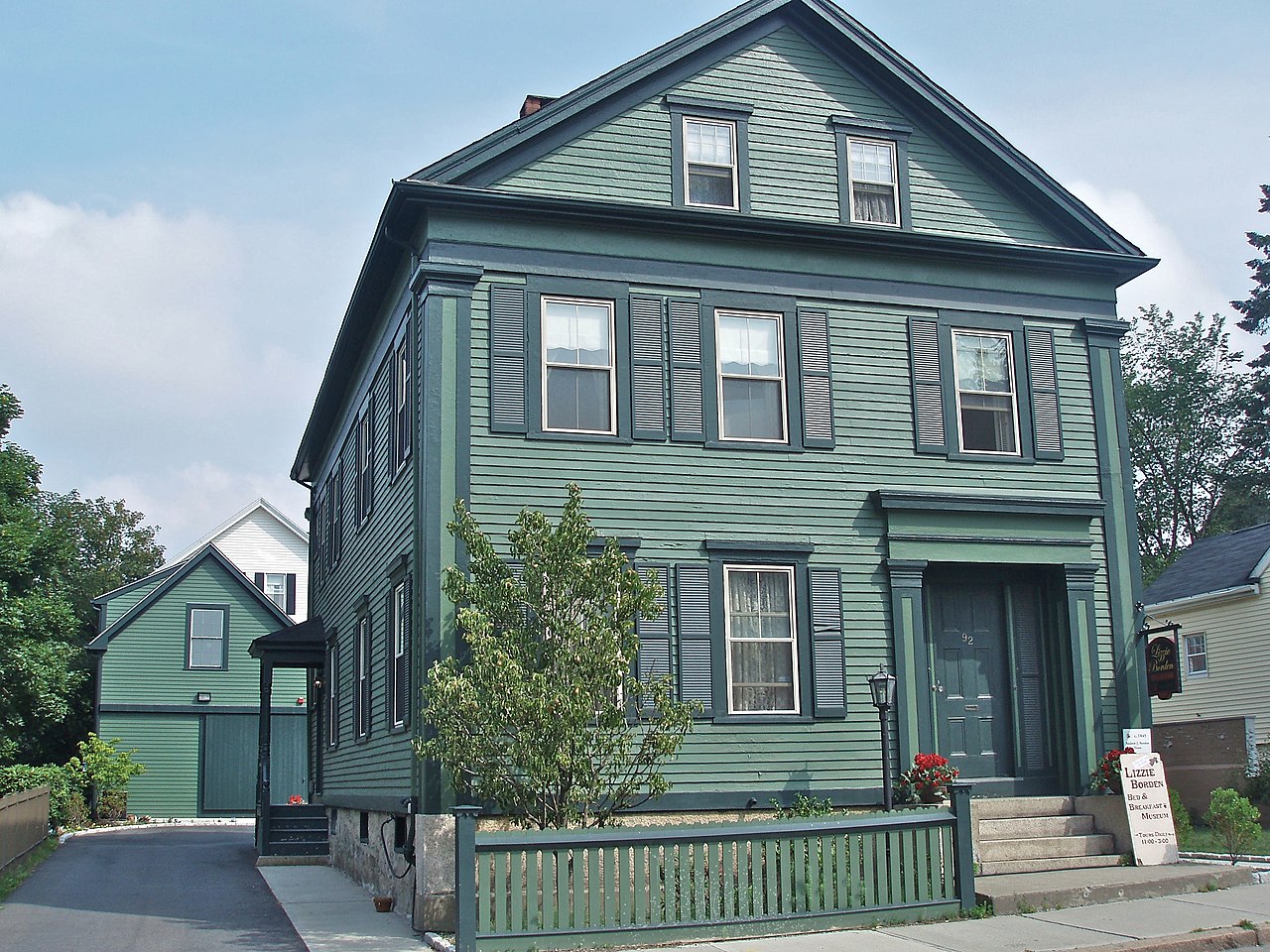 Perhaps the most famous property listed within the Corky Row Historic District is the house of Andrew J. Borden, located at 230 (92 before 1896) Second Street. This house was the scene of the infamous 1892 double ax-murder of Mr. Borden and his wife, which led to the trial and acquittal of Andrew’s daughter, Lizzie Borden. Today, the house is the site of a bed-and-breakfast. The district was added to the National Register of Historic Places in 1983.