Big changes are coming to Route 79 in Fall River. Here’s what to expect. 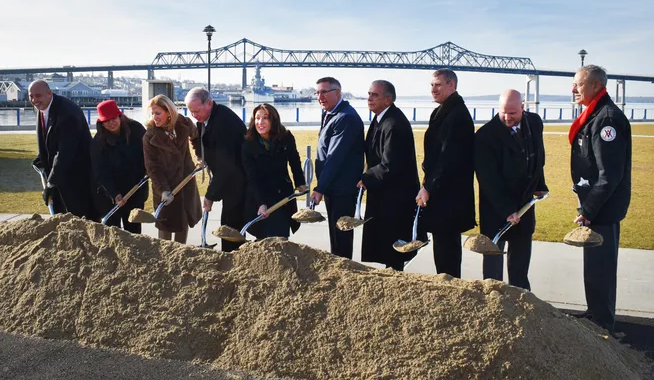 FALL RIVER — The much-anticipated $135 million Route 79 and Davol Street Corridor Improvement project is officially underway with a ceremonial groundbreaking led by outgoing Lt. Gov. Karyn Polito and other state and local leaders at the City Pier on Wednesday.

The MassDOT project will transform the Route 79 corridor from Central Street near Battleship Cove to the Veterans Memorial Bridge by demolishing the four-lane elevated portion of the waterfront highway and creating an urban boulevard.