“Where We Meet” will feature music shows, communal performances, and visual art installations 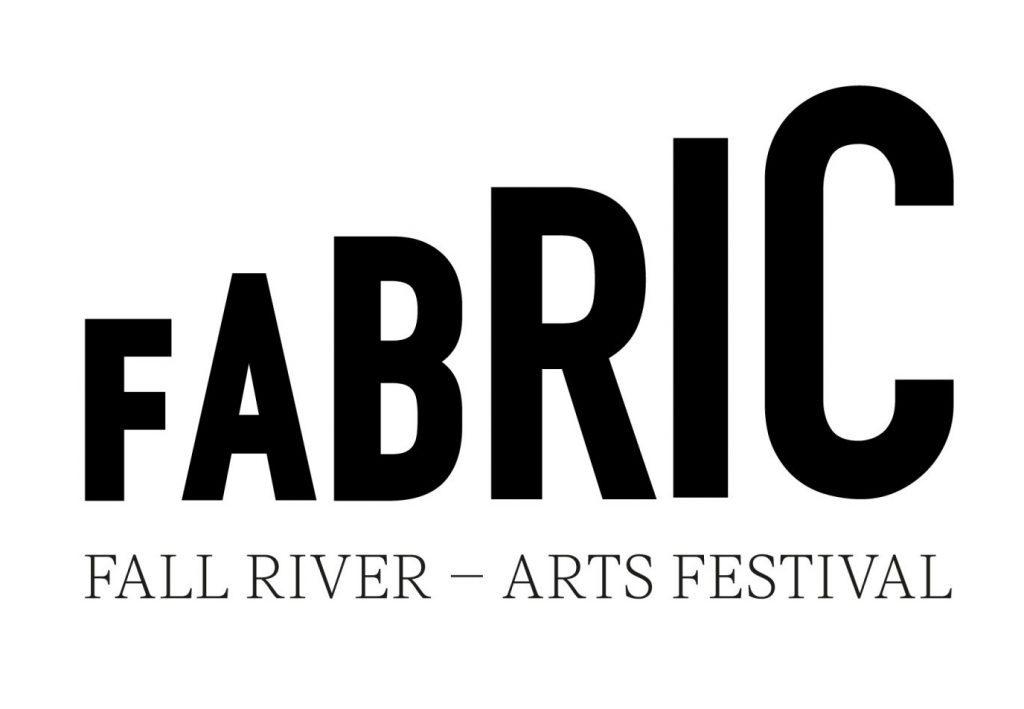 The third edition of the FABRIC Arts Festival will take place on May 12, May 13, and May 14, 2022 in Fall River, Massachusetts. Presented by the Casa dos Açores de Nova Inglaterra, under the leadership of Michael Benevides in Fall River with the Portugal-based curatorial team of Jesse James and Sofia Carolina Botelho, the event is titled Where We Meet and will be an invitation to look at Fall River as a territory of arrivals and intersections between multiple geographies. This edition finds inspiration in the diasporic aesthetics, languages, and codes that shape the “Spindle City” aiming to celebrate its communities and diversity.

FABRIC Arts Festival will navigate between three programming areas: Common Spaces, an exploration of visual arts and architecture; Dialogues, an experience of music and sounds; and A Table for Many on commensality and encounter.

“Given the success of FABRIC these last few years, my team and I are excited to present another weekend of high quality and unique art experiences, lasting memories, and lots of fun. Adding the element of food will also bring an important component into the festival,” shared Michael Benevides, founder of FABRIC. “It feels great to be able to hold these events in-person again as well as be part of Southcoast Spring Arts Week. We reaffirm our collective commitment to proactively collaborate in or initiate community-rooted creative projects that positively impact our neighborhoods and engage with diverse stakeholders.”

Common Spaces will reimagine Fall River’s public spaces by building an open-air museum spanning the city, centered along the Quequechan River Rail Trail. The program will establish a public art circuit to generate positive outcomes for the City, and include projects from dozens of local artists. Three public art installations will be unveiled to make the Quequechan River Rail Trail a more vibrant meeting place for community conversations.

Thursday, May 12 art opening at 5pm-7pm
An immersive installation by crossing the experimental sound of Príncipe Discos and installation by Márcio Matos, presented in partnership with FRMoCA on 502 Bedford Street. Free and open to the public.

Friday, May 13 from 4pm–8pm & Saturday, 10am–2pm
Over two dozen artists and makers present Fall River Open Studios. No predetermined route will be set and participating studios will include the Narrows Center for the Arts, Smokestack Studios, Greater Fall River Art Association, FRMoCA, Grimshaw-Gudewicz Gallery, and more.  To be held at multiple locations. All free and open to the public.

Saturday, May 14 at 3pm
Three new public art installations, all varying but complementing each other, will be unveiled. Each piece will be placed outdoors to beautify the area, help build a legacy for the City, and create a meeting destination.  Free and open to the public. Saturday, May 14 from 4pm–7:30pm
Art and music come together at FABRIC’s communal picnic at the Quequechan River Rail Trail to form a “Festa” (colloquial term for popular gatherings in Portuguese). Príncipe Discos from Lisbon will steer the party with contemporary dance music. To be held at the site of the installations, accessed most directly from the Rodman Street entrance to the trail. Free and open to the public.

A TABLE FOR MANY

A Table for Many will be FABRIC’s temporary pop-up restaurant with performances and meals created by artists and chefs. It’s a space of meeting, experimentation, and intersection between the arts and gastronomy.

Thursday, May 12 at 6pm
Portuguese-American chef Mitch Mauricio from the Agawam Hunt in Rhode Island will present a communal performative dinner showcasing Azorean traditions with a soundtrack by PMDS, an Azorean electronic act formed by Pedro Sousa and Filipe Caetano. To be held at the Police Athletic League Hall on 31 Franklin Street with limited capacity. Advance tickets must be purchased.

Friday, May 13 at 6pm
Portuguese visual arts duo João Pedro Vale and Nuno Alexandre Ferreira will hold a dinner in the form of a performance lecture called “Semiotics of the Cod”— its importance on the Portuguese identity, migration routes, and ecology. The audience will be invited to a collective cooking session while the story is being told. To be held at the Narrows Center for the Arts on 16 Anawan Street with limited capacity. Advance tickets must be purchased. 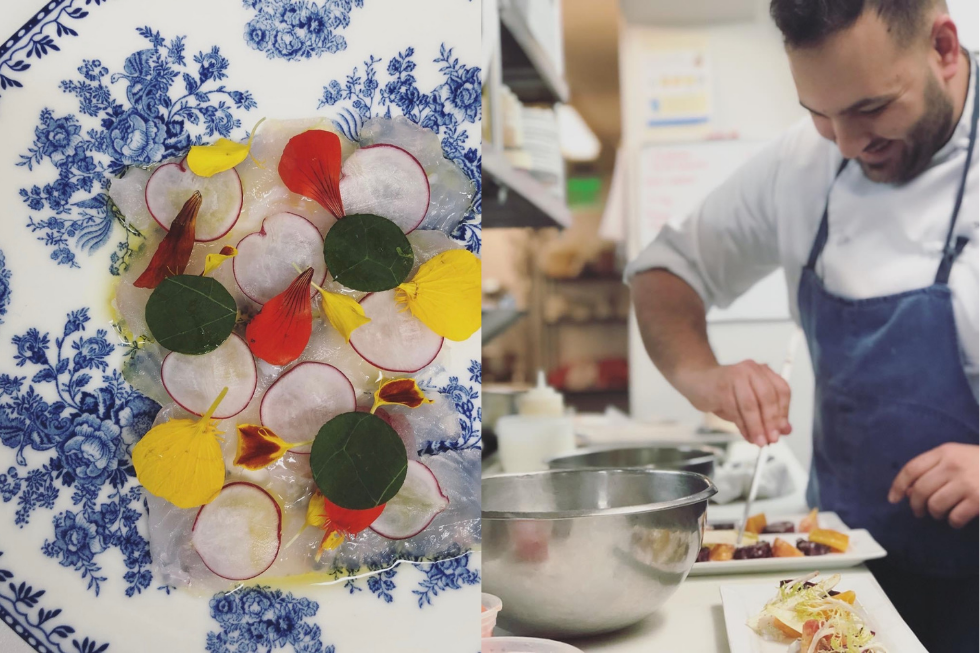 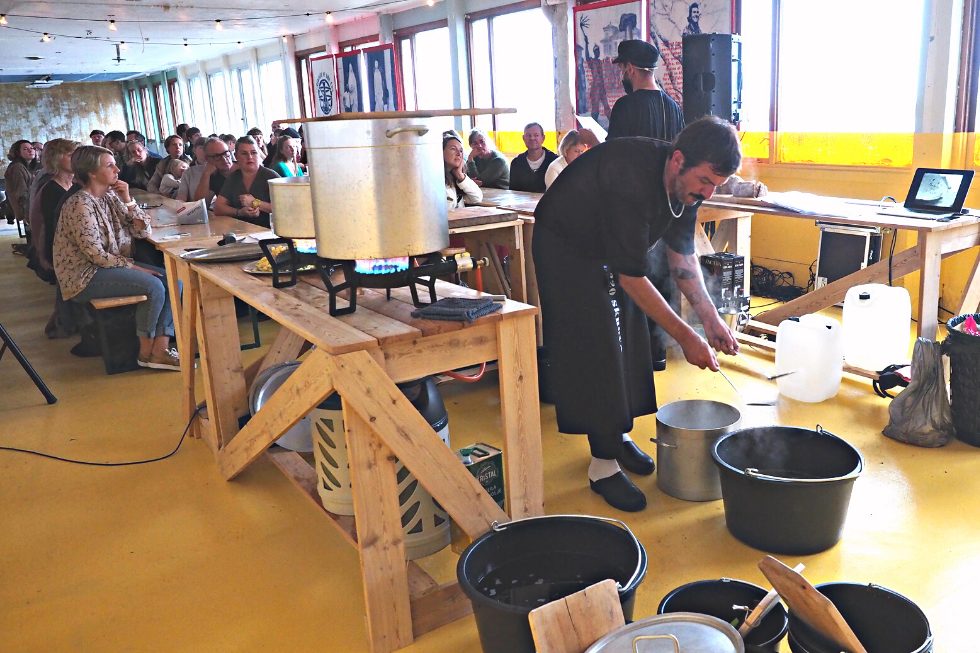 Dialogues will bring together artists that develop a sound practice stemming from the transformation, revisitation, appropriation, and affirmation of sounds to imagine other discourses and aesthetic possibilities.

Thursday, May 12 at 9pm
An opening night concert featuring PMDS, an Azorean electronic act formed by Pedro Sousa and Filipe Caetano, that will incorporate elements of ambient, experimental, and techno music. To be held at the Police Athletic League Hall on 31 Franklin Street. Free and open to the public 21+.

Friday, May 13 at 9pm
Ece Canli will perform using investigative tools such as text, voice, sound, and artefacts. A researcher and artist from Turkey, based in Porto, Portugal, her work focuses on feminist and queer epistemologies, decoloniality, material regimes, and body politics; more specifically, socio-spatial-material constitutions of gender, sexuality, race, and other identity categories. Concert to be held at the Narrows Center for the Arts on 16 Anawan Street. Advance tickets must be purchased.

Friday, May 13 at 10pm
Known as one of the most cherished musicians to appear in Portugal over the last two decades, Norberto Lobo will perform a special concert. Primarily a guitarist, his work has revealed an inexhaustible detail, sense of discovery, and creativity spanning several albums and countless live appearances. Concert to be held at the Narrows Center for the Arts on 16 Anawan Street. Advance tickets must be purchased.

Saturday, May 14 at 9pm
Shabazz Palaces, an American hip hop group from Seattle led by Ishmael Butler a.k.a. Palaceer Lazaro in collaboration with multi-instrumentalist Tendai “Baba” Maraire, will present dazzling Afrofuturist sutras to illuminate distant constellations with sacred abstractions. Concert to be held at the Police Athletic League Hall on 31 Franklin Street. Advance tickets must be purchased, 21+.

Saturday, May 14 from 10:30pm–12:30am
The closing party will feature techno, house, and electro music by Scott Mx & Jacob Herschel of Symposium Records. Party to be held at the Police Athletic League Hall on 31 Franklin Street. Advance tickets must be purchased, 21+. 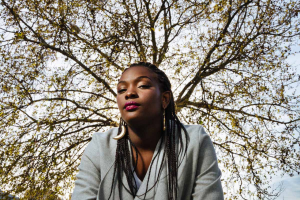 The projects are made possible with financial support from the Azores Government, The Luso-American Development Foundation (FLAD), the SouthCoast Community Foundation, BayCoast Bank, Bank5, Portugalia Marketplace, Matouk, and the MassDevelopment TDI Program and others.

FABRIC Arts Festival is a project organized by Casa dos Açores da Nova Inglaterra (CANI), a not-for-profit organization in Fall River, MA. FABRIC Arts Festival is a celebration of art, music, community, and the city of Fall River. It aims to be a platform for artistic creation through a multidisciplinary contemporary program that seeks to create a cultural and communal experience. The project was co-founded by local business owner Michael Benevides in collaboration with Jesse James, Sofia Carolina Botelho and António Pedro Lopes, a curatorial team from Portugal. Currently, FABRIC gathers a multidisciplinary team working from both sides of the Atlantic. www.fabricfallriver.com.

About Jesse James and Sofia Carolina Botelho, Curators
Jesse James and Sofia Carolina Botelho are the artistic directors of Anda&Fala, a non-profit cultural association that promotes new centralities for contemporary creation in the expanded field of visual arts, facilitating the production, presentation and movement of knowledge, artists and projects. Operating from the Archipelago of the Azores, they aim to involve communities from all over the world and was founded in 2011, along with the first edition of Walk&Talk – Arts Festival. This project is at its origin and guides the mission to promote artistic creation and presentation, alongside audiences’ development. In 2020, Anda&Fala established its headquarters in vaga, a space for art and knowledge, and its most recent programming project in Ponta Delgada, on São Miguel’s island. www.andafala.org