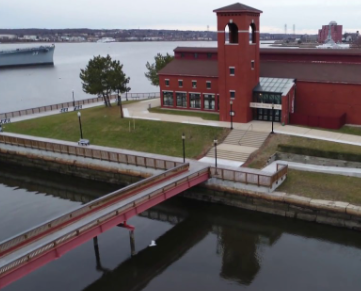 Massachusetts is at the center of American maritime history. Some of it has been hidden until now. The sea also played a significant role in the history of African-Americans who worked in the industry. Maritime fortunes, based in part on slavery, helped found some of our most hallowed institutions. It is a fascinating and neglected story full of surprises and revelations. This special exhibit is on loan from the Commonwealth Museum in Boston, courtesy of the Secretary of State.

Department of Conservation and Recreation